Gordon Morrice, a no-nonsense Canadian visionary, bought this Auburn, CA golf course from a three family consortium in 1988 after seeing a one inch advertisement in the San Francisco Chronicle describing a golf course for sale in Auburn.

His dream and mission was to give the golf course as close to a country club feel as possible and yet available at reasonable daily fee rate for golfers.

Since then the course has been a magnet for local golfers from surrounding communities such as Newcastle, Foresthill, Grass Valley, Nevada City, Colfax and Weimar. Black Oak is also a popular destination for golfers stopping off on their way from San Francisco to Tahoe, or on their return.

Gordon, whose grandfather was a Scottish coalminer, can be seen working alongside maintenance staff. “If the owners aren’t personally involved in what goes on at the course it is easy for complacency to slip in. We have a family member at the course every day,” explained the single digit golfer.

Heading up the day to day running of the course is Gordon’s son Norm, the general manager. He explained that the course ownership has a great relationship with owners of the beautiful homes that lay back off the course. Said Norm, “We are very lucky that the members of the Black Oak owners Association take a personal interest in the course, with a number acting as unpaid watchdogs overseeing the course.”

The course attracts dozens of groups, including The SIRS, The Chinese Golf Club of Sacramento, the Sacramento Mexican American groups, the Executive Women’s Golf Association, Lions Club, Placer County, PG and E, Department of Justice; local churches and other 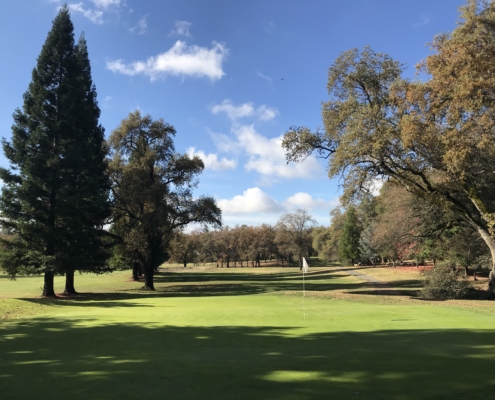